There is a village in Iran made entirely of houses and buildings carved out of volcanic rock. It is estimated that some of the houses have been there – as houses – for 700 years, inhabited and re-inhabited hundreds of times through the years. The residents have made themselves comfortable in the rock, making each little cave dwelling their own and building their lives within the stone. Generation after generation has called this mound of rock their home. 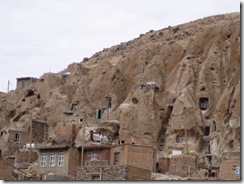 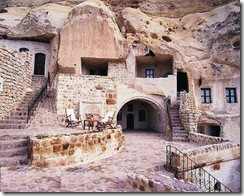 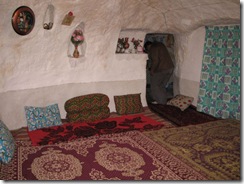 The space is limited, but they have created an entire world for themselves in the stone. Families live on top of one another, and elaborate stone staircases lead to homes far above the ground. From the outside, it doesn’t appear to be an inhabitable place, but to those who have never known anything else, it is home. 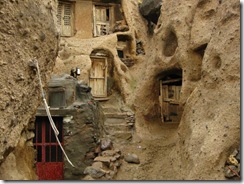 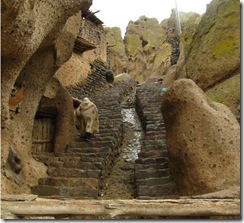 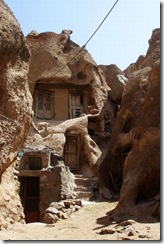 What is interesting about this village, though, is that beautiful, lush, fertile land lies within reach. From their stone balconies, the villagers have a view of rich grasslands and rolling hillsides of fertile soil. For whatever reason, though, these people choose to remain in their sparse, cold, stone homes. 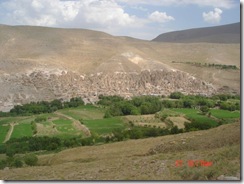 Isn’t it interesting that we look with wonderment at those who are literally living in stone, while we ourselves live quite contentedly in spiritual stone houses?

Don’t we? It’s easy for us to look at people living in conditions that are physically uncomfortable and wonder how they do it. It’s easy for us to wonder why they would choose that over something more cozy to their physical bodies, yet many of us – myself included – live in places that are very uncomfortable and un-cozy to our spiritual selves. Fertile, lush, beautiful land is within our reach, yet we choose to remain in a cold, harsh wasteland.

It seems that we do. We are uncomfortable and sense, somehow, that there is more, but because this drab place is the only place we have ever lived, we assume that it is the only place for us. We can’t imagine living anywhere but in this confined, cramped, cold place. A vast, warm expanse is within our reach, but rather than move toward it, we are content to stay where we are because this, at least, is familiar and this, at least, is easy.

It is easy to stay where we are. Our parents and grandparents and countless generations before them did just that. They chose to carve into a dead stone instead of building from scratch on a fertile plain. We, too, have chosen to claw and scratch and carve our lives out of a dead rock rather than get up and move to a place more suited to our growing needs. We have lived in a stone cave, breathing stale air and never stretching ourselves as far as we can.

The God who made the world and everything in it is the Lord of heaven and earth and does not live in temples built by hands. And He is not served by human hands, as if He needed anything, because He Himself gives all men life and breath and everything else. From one man He made every nation of men, that they should inhabit the whole earth; and He determined the times set for them and the exact places where they should live. God did this so that men would seek Him and perhaps reach out for Him and find Him, though He is not far from each one of us. For in Him we live and move and have our being. (Acts 17:24-28)

Note: I got the pictures and stories in an email. God spoke to me as I read it, and I didn’t research it further or do any fact-finding. God was working, and I didn’t want to impede Him. =) I hope you understand.